An unstoppable momentum appears to be building around devolution and bus regulation.

What a difference a week makes. It’s not clear yet whether this is quite a Berlin Wall moment on buses and devolution – but at the very least it’s the equivalent of mass demonstrations in Leipzig. And we all know where that led to. This is how it happens – the pressure builds and builds and then with dizzying speed ‘all that is solid melts into the air’ and a new paradigm forms itself.  They don’t happen often but I’ve been through these moments before.  Most notably when the roads programme suddenly collapsed (after years of political, community and intellectual pressure) in the nineties, and transport policy shifted towards seeing public transport as a solution rather than a problem. A shift in thinking that has not been reversed. With big developments almost by the day there’s a risk that this column will be out of date before it’s published, but here goes… END_OF_DOCUMENT_TOKEN_TO_BE_REPLACED 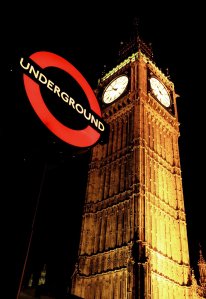 The relationship between London and the rest of the country is the most important single factor in transport policy. Picture: TfL

First of all a spoiler alert – this isn’t going to be a London bashing article or a piece about the different levels of spending between London and the regions. But it is about the relationship between London and the rest of the country. It matters because this relationship is the most important single factor in transport policy for the country as a whole.

As is well known, London sits dead centre of a uniquely centralised state and a uniquely lopsided economy. By global standards we are a strange nation in hosting one world city which is so economically and politically dominant over the rest of the country.

Of course that doesn’t mean that some of the core cities in the rest of the country haven’t recovered their swagger, but beam down on a Monday night into the centre of some of our regional secondary cities and it can be like being on the set of one of those sci fi films where human life has been wiped out. Listen to that silence. These are places which haven’t recovered from the major recession of 30 years ago, never mind the last one.

Meanwhile, in London, the restaurants, pubs and bars are buzzing seven nights a week. The irony is that although some inhabitants of the city of strangers want to be there for what a world city offers, it’s no secret that many don’t necessarily want to be there at all. They don’t want to be spending all their money in a frenzied competition to acquire a tiny living space, then squeezing onto eight-car trains, 12-car trains (and so on, exponentially) to get to work. They could be back in their home towns and cities. Towns and cities with a wonderful built heritage and fabulous countryside within easy reach. Places with growing space. They would be happy to go back home if only the career opportunities were anywhere near as abundant as in London.

It’s not healthy for a country to be this way. It’s not healthy in terms of attitudes either. It honestly sometimes feels like England outside London is the last part of the Raj. Or what Scotland used to be prior to devolution (remember where the Poll Tax was trialled). A tabula rasa, a terra nullius; where the London-based policy elite can indulge their creativity. What fun it must be to have the whole of England outside London to play with! And why would you want to give that up!?

I can say this from personal experience, and from year after year of meeting London-based government officials, think tanks and advisors. It’s a dispiriting experience when you are trying to explain an issue and you realise the person you are talking to doesn’t have a grasp of the basics of how things work now outside London on transport or governance. This of course makes it nigh on impossible to explain how things might change. I used to think, well, it’s complicated so perhaps it’s fair enough not to understand who does what. But then I began to realise that in London it is not cool to understand how the rest of the country works. Indeed a key characteristic of the London-based policy elite who decide what happens in the rest of the country is that often they spend no time in trying to understand how it works right now. They don’t know who is responsible for what in local government. They don’t understand the economic and social geography. And they don’t see why ignorance should be any impediment to determining what should happen. Indeed it is somehow seen as demeaning, uncool and trainspottery to spend time working it out. As if by doing so you could somehow be infected with the deadly virus of provincialism – and who knows, horror of horrors, be deported there.

A striking example of this is the confusion over mayors. Many London-based advocates of mayors (prior to the last wave of referenda on district mayors) genuinely had no understanding or concern that there might be a difference between a core city district council and the wider city region. For example, between the city of Manchester and Greater Manchester. This distinction matters when bus and rail networks work at a city region level but not at a district level. It’s taken around five years for the London-based policy elite to work it out – which is why they now talk about ‘Metro Mayors’ (ie. city region mayors). This is probably what they meant in the first place – if they could have been bothered to open an atlas of their own country.

It’s almost impossible to believe that national government in Germany, France or the US would make policy without feeling the necessity to know how the lander, departments or states work. It would also be like someone coming to London from the regions and saying ‘I understand you have some kind of train system that runs underground, and a mayor? Is that right?’. Unthinkable that anyone from the regions would display that level of ignorance about London. Absolutely normal the other way round.

Another key characteristic of the London-based policy elite is that they can only really cope with one idea at a time about the rest of England. That idea – in full – is that something has worked in London so surely to god you can make it work out in the sticks. This has found expression in two propositions in the last 10 years which have been: (a) London introduced congestion charging, therefore so should you, and (b) London has a mayor, therefore so should you.

Another example of the effects of the beyond parody consequences of this approach are the various permutations of how the cities of the North need to be combined into one mega city, presumably because that would make them more like London (thus obeying the iron rule of London-based policy making). Various random combinations of Northern cities have been selected at various stages – all of which have failed to take to account of the considerable bogs, neighbouring large cities or mountains that divide them, or that a city on that geographical scale would be one of the largest cities in the world. So we have had Manpool; Leeds and Manchester; a triangular mega city of Manchester, Leeds and Sheffield; Hebden Bridge as capital of the North and so on and so forth to the very outer reaches of absurdity.

The recently launched ‘One North’ concept of better connected Northern cities is more like it – but then that was devised in the North not in Clapham or Notting Hill.

Paradoxically though, it is London that has been most effective in defying some of its own elites and showing that a great and growing city needs excellent public transport. Or to be more precise it was Ken Livingstone in his first mayorality who demonstrated it through pushing ahead with road user charging and transforming bus services – as a solid foundation for going on to transform the rest of the city’s public transport. And now that’s been seen to work for London it means that better public transport is now seen as a good thing (in principle) for other cities too. So this time the ‘if it works for London’ rule has been helpful!

The big lesson here is that devolution of transport powers works. Indeed every time the London-based policy elite are taken out of decision-making on local transport, local transport gets better: markedly and rapidly. You can clearly see it not just in London itself, but on ScotRail and on Merseyrail Electrics. More investment, more energy, more dynamism, more ambition, more common sense.

When the London-based policy elite let go and their ‘idée fixe’ are cast off, it’s like the curtains have been suddenly opened and the sunlight floods in. For public transport this would only be good news as there’s no doubt that there’s a greater will to improve local public transport in the regions and a better track record when powers are devolved. But it needs to be real devolution, not the usual version of devolution that England outside London gets – ‘we take all the strategic decisions and you can manage the consequences for us’. And if the consequences are too difficult or undesirable to manage (they usually are) then ‘well, what can we do minister? It just shows they are not up to it’.

In short, it’s time that the flag was solemnly lowered on the last part of the Raj.

A clearer picture on Spending Review outcomes is emerging, but important questions remain.

The 2013 Spending Round (commonly referred to as the ‘Spending Review’) announced a step change in infrastructure investment , backed by an impressive array of specific commitments .

But although the key transport capital budgets have emerged as obvious winners, the picture is less clear when it comes to some of Department for Transport’s (DfT) smaller grants.

At the same time, the unexpected decision to pool a substantial proportion of local transport capital funding into the Single Local Growth Fund (SLGF) makes the long term outcome uncertain.

A clearer picture is unlikely to emerge until the DfT clarifies its detailed spending plans for 2015 onwards and the results of the first SLGF competition emerge in the second half of 2014. The key points from the Spending Round are summarised below.

There will be a significant boost to key local transport capital grants in 2015-16:

However, the unexpected decision to route a large proportion of local transport grants into Local Enterprise Partnerships (LEPs) via competitive growth deals makes it difficult to anticipate what proportion of this money will end up funding transport schemes in PTE areas.

The Spending Round said nothing about what will become of smaller competitive grants such as the Pinchpoint Fund, the Green Bus Fund, the Cycle Ambition Grant or the DfT’s contribution to the Regional Growth Fund. However, even if these were to be scrapped altogether, local transport capital funding would still increase by around 15% (in real terms) between 2014-15 and 2015-16.

On the revenue side, the current rate of Bus Service Operators Grant (BSOG) has been protected until 2015-16 and we also know that the DfT will manage a considerable Local Sustainable Transport Fund (LSTF) resource grant in 2015-16.

You can read our full analysis of the Spending Review on the pteg website.