Prior to the last quarterly Director Generals meeting our hosts Transport for London kindly arranged for a visit to the disused Down Street tube station on the Piccadilly Line in Mayfair. Subsequently it acted as Command Centre bunker for the rail network in WW2 and was also used by Churchill and his war cabinet.

Here are the pictures…

Down Street tube was too close to its neighbours to last beyond 1932. But it made for a good secret bunker for the command centre for UK railways in World War Two as well as for Churchill and his wartime cabinet for a while. It’s no longer in use other than for ventilation, emergency access and storage.

Full biog of the station (including maps of how the station was laid-out when in bunker-mode) can be found here: http://www.subbrit.org.uk/sb-sites/sites/d/down_street_station/index.shtml

Some WW2 signage on the inner security door

Substantially strengthened roof at street level to protect the bunker from a direct hit from a bomb. A few regular tube stations did get a direct hit including Bank station in 1941 where the bomb bounced down the Central line escalator shaft before exploding, killing 69 people. 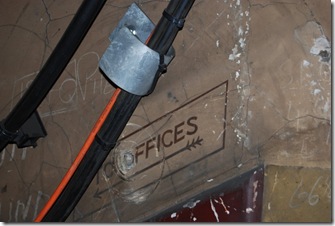 Some WW2 signage at the top of the spiral staircase

The control panel for the no longer functional lift from street level down into the station. It was for officers only.

Our tour group on the stairwell

One of the executive bathrooms – probably used by Churchill

All the passageways that were wide enough – plus the platforms – were converted to offices. Some more WW2 signage

Our tour group in one of the passageways. Very eerie to think that Churchill and the cabinet were down here during the Battle of Britain.

Stairwell down to the platform. The sound of the tube tube trains getting louder as they rattle through the platforms (mostly bricked off for office space) in the darkness 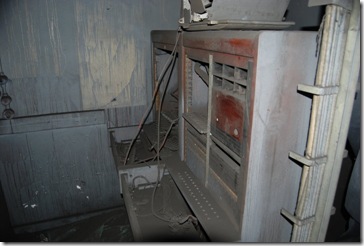 WW2 telephone exchange equipment. Apparently the staff used to be down here for a week at a time and would emerge to find London rearranged by the Blitz when they emerged 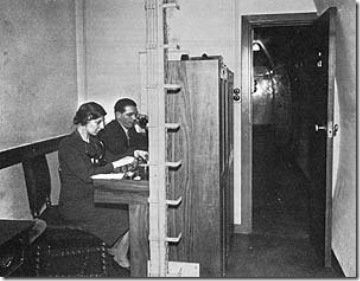 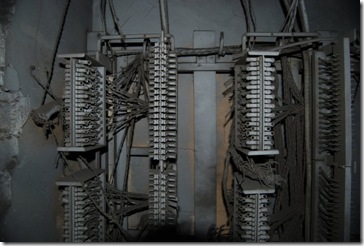 One of the offices on the station platform – now used for storage. Tube trains making a heck of a racket as they rumble through a few feet away 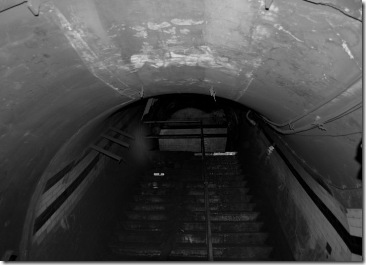 Second stairwell down onto the platform 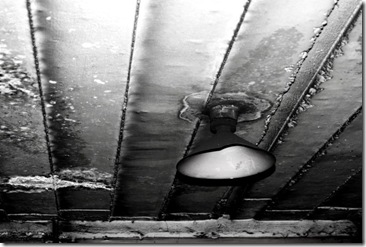 Light fitting in the executive dining room at platform level. Bell push for calling the staff is still visible on the wall as is the wallpaper under a crust of dirt and grime

Our guide Mike Ashworth giving us the background

When I did this trip years ago you used to be able to leave the station by ‘hailing down’  a tube train from the small stretch of platform that was retained when the station was converted to a bunker. The platform was just long enough for you to enter the tube train through the drivers cab. But not long enough for passengers be able to see anything. All they could see was a wall so they assumed that the train had stopped in a tunnel for a signal. This meant that the passengers were somewhat baffled when 15 people came out of the drivers cab into the front carriage!

But they don’t do that anymore – so you have to come out the way you came.

Fascinating trip though and thanks to TfL for organising it.