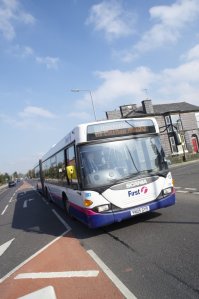 I don’t know about you, but I prefer my fudge to come from Devon and contain clotted cream rather than come in the form of thousands of pages from the Competition Commission’s (CC) dithering economists.

Of course no doubt I would say that because the latest version of the Competition Commission report has made a sudden, unsignalled and rather undignified right turn away from high end partnership and franchising and straight back down the on-street competition cul-de-sac. Exactly why and how they justify such a sudden manoeuvre is unclear and the report doesn’t seem to feel it necessary to explain.

Indeed it’s a strange old process whereby, after a painfully long wait, the final draft report seems so disconnected from those that went before it and the remedies it suggests look thrown together with no explanation of how they might fit together as a coherent package. It’s almost like each report from the OFT and the CC starts again. The tone and the narrative are different and as for the bit that matters – the remedies – these always seem like last minute afterthoughts. Indeed, this investigation seems to take on more incarnations than Dr Who – minus a fully operational sonic screwdriver. 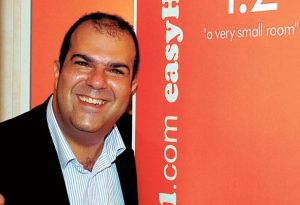 Now I realise that there are those who would forgive the CC anything for being mean about QCs. However don’t laugh too hard as it’s not just QCs that the CC has a certain distaste for, it’s also high end statutory and non-statutory partnerships. Because in reverting to type, the CC has a problem with any partnership that might exclude the theoretical possibility of low end competition.

However unlikely it is to happen, the CC wants to keep the dream alive that some day, ‘easybus’ will arrive offering a low price, lower quality alternative to partnerships based on quality and relative stability. That consumers will have a wide selectionof service choices which, before setting off, they carefully assess on comparethebusoperator. com delightedly weighing comparative matrixes and logarthyms of quality, price and journey time before finally, and in the bliss of perfect competition, head down to the bus stop to make their twenty minute journey to the GPs.

Now given the merest possibility that this nirvana may be attained in the space of one lifetime, qualifying agreements and higher spec partnerships are a worry to the CC because, by their very nature, such agreements are not primarily designed to encourage competition – and definitely not low quality competition. Passengers may like what such agreements bring them but, in the view of the CC, what they should like is as much on-street competition as they can get – and that’s what the CC wants to give them. Indeed that’s what all the potentially useful stuff in the report on ticketing, information and so on is about. It’s not principally about their obvious benefits to passengers, instead it’s that it keeps the CC’s fantasy alive that if the ticketing and information framework functions in an equitable and perfect way then it should encourage the new entrants the CC would sacrifice just about anything for.

Now if they followed this logic to its conclusion they should outlaw QAs and high end partnerships. But this is where the politics kicks in as they know that unwinding successful existing partnerships is not something they can get away with. Instead they satisfy themselves with raising the same old uncertainties about what attitude the competition authorities took in the past to such arrangements.

Franchising gets the same treatment. They strike but they don’t kill. They blight what’s there now but they don’t build anything substantial in its place. So the end result is a clumsy set of remedies where CC ideology collides with political realities in the vague hope that somehow the magic wand of BSOG money will make everything alright. 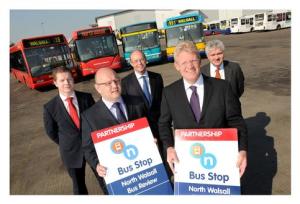 The CC are wrong to cast doubt over partnership solutions that are working right now on the ground.

I suppose to be fair the clue is in the name with the Competition Commission. And, as they say themselves, they lack the social and wider remit that local transport authorities have in making decisions on public transport for their areas. What’s galling however is that, having accepted they only have a narrow perspective, they then go on to cast doubt over solutions that do work right now on the ground. Solutions that have been made to work by people who do have that broader perspective – high end partnerships, SQPs, qualifying agreements and franchising. And the CC does this in favour of a wholly unproven and unsubstantiated claim that their ‘package’ of remedies is superior. There’s still time for them to either prove or withdraw that claim in the final, final, final version. However, the danger is the CC will end up blighting what works right now in favour of the DfT spending years tinkering around in the shadows of the long grass half heartedly trying to stimulate more on-street competition. And what a waste of time that would be.

This is an edited version of an article that originally appears in Coach and Bus Week.