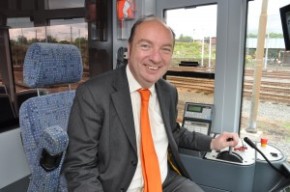 Norman Baker has long been an advocate of light rail and it is good to see this enthusiasm translated into government thinking with the publication of ‘Green Light for Light Rail’. This document sets out the government’s view of how costs in the light rail industry could be reduced.

The report follows on from a number of reports reaching broadly similar conclusions from the Transport Select Committee, the National Audit Office and pteg‘s joint report with the All Party Parliamentary Light Rail Group.

So what difference will it make?

At the heart of much of the debate in this report (and in previous attempts to get under the skin of light rail and its perceived high costs) has been the lack of leadership from the centre. Baker’s report addresses this to some extent. This represents a welcome shot in the arm for promoters and the industry – whose key ask for some time has been for government to take light rail more seriously and actively champion it. Put together with the other recommendations it is possible to see how over the medium to long term it will increase the likelihood of more tram schemes coming on line and at a lower cost.

However, the report is not a McNulty style value for money analysis. Given the difference in scale of support between this work (essentially carried by one civil servant with support from the industry) and McNulty (with its teams of support and big consultancy budget), that is hardly surprising. It can also be argued that light rail is a relatively more complex area on which to draw conclusions, given the variety of operational schemes with their different characteristics (as the report notes ‘no two schemes are directly comparable’). 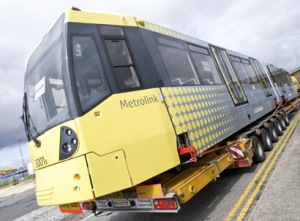 There are some good ideas in the report around processes, project management (particularly given the Edinburgh experience) and industry capabilities which may well impact on costs, albeit at the margin. However, issues such as standardisation alone will not produce significant savings, given that tram projects are driven by local transport authorities with differing needs (combined with the emphasis more widely by government on localism) and will have separate procurement processes. Critically without a long-run of schemes, and therefore vehicles, costs for trams themselves are likely to remain relatively higher.

It could be argued that there is nothing surprising about the costs of light rail schemes in the context of the UK, particularly given the delivery models (PPP and PFI); the stop-start nature of the flow of work; and the very nature of most tram systems which require substantial sections of on-street running, which in turn mean that the associated costs of urban realm improvements and utilities diversion are largely unavoidable. That is not to say that more cannot be done to improve things and thereby reduce costs. However the key difficulty in promoting light rail schemes and getting them off the ground is connected to the availability of funding. This is an area that the Baker report does not seek to address (nor was it in the terms of reference).

The role of localism

However it is plain to see that the high levels of delivery we see in mainland Europe are more about the ability of local transport authorities to raise their own finance and make decisions locally on how it is spent. We simply do not yet have the means of emulating that local freedom and accountability in this country.

This is something the government is aware of. It has already made noises about devolving funding to the local level (through the local major capital schemes), partially reviewing local government finance (through the business rates review), and supporting initiatives like Tax Increment Financing. It has also recognised the critical importance of infrastructure investment to its aims of economic growth and carbon reduction.

Green Light for Light Rail is therefore a good attempt to summarise the issues around costs and helpful in directing government and industry attention to those factors which may give rise to higher costs (and some of which may have a more marginal impact). This may in turn increase the number of schemes coming forward. However, the fundamentals that lie behind the relatively difficult and intermittent development of UK based tram schemes and the associated costs are more connected to the lack of a sustainable funding stream for light rail. A key theme therefore for the Minister to take up at his proposed ‘tram summit’ will be how to create a steady flow of schemes that can sustain a UK based industry and how transport authorities can be given the wherewithal to fund future tram systems.

This article was first published in Transport Times.