Up to the 14th October, the Department for Transport is asking for comments on ‘Development Pool’ transport projects. In this special guest blog post, Sian Berry from Campaign for Better Transport sets out why public transport projects in the pool need our support –  and how you can get involved. 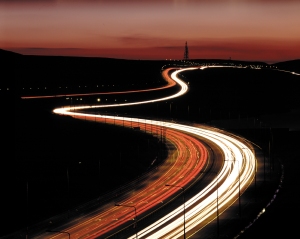 Some £897m of road spending is proposed across the pool

My work at Campaign for Better Transport is currently focused on the 45 ‘Development Pool’ transport projects that are bidding for Department for Transport funding.

We have analysed the final bids that were revealed in September and have produced a briefing which shows that, despite the benefits of sustainable transport, more than half of the schemes proposed by local councils are road-based, with a total of £897 million of road spending proposed across the pool.

The most expensive road schemes in the pool are the ‘zombie’ bypasses that have been dominating local councils’ transport strategies for decades, re-emerging every few years to grab at any potential funding, and crowding out cheaper sustainable transport proposals. Our analysis showed that the new roads in the pool cost more on average than other ideas, and have seen a greater increase in what councils are prepared to risk in ‘local contributions’ since the process of competing for the shrunken DfT pot was launched last year.

Journalist George Monbiot wrote about the plans in his Guardian blog last week and said that they “…should provoke equal outrage among those who oppose the cuts, those who want to protect the environment and those who are still waiting for the rational, integrated transport system we were promised 15 years ago.”

But there are some good ideas hidden amongst the ‘link roads’ and ‘distributor routes’ in the Development Pool: if you look carefully, you can find some really exciting public transport projects that will improve access to transport – and quality of life – for everyone in the local areas concerned.

The Leeds New Generation Transport project stands out as the most ambitious. Leeds remains the largest European city without a tram or metro network, and their innovative trolley bus proposal seeks to fill that gap.

The Manchester Cross City Bus project would add three new high quality bus routes to the north of the city, including bus-only sections of route, while the South Yorkshire Bus Rapid Transit northern route would create much-needed new transport links between Rotherham and Sheffield, complete with purpose-built stops and real-time information. Rochdale aims to rebuild and relocate its bus station closer to other links, with comfortable modern facilities and better information for passengers.

Some rail and tram projects also feature in the proposals. In the West Midlands, the first stage of the ‘NUCKLE’ network would begin with upgrading the line between Coventry and Nuneaton, including two new stations. In the South East, Transport for London and Hertfordshire County Council are bidding to move the terminus of the Metropolitan tube line to Watford Junction, properly integrating under- and over-ground services in the area at last. Metro in Leeds is also proposing to build two new railway stations at Kirkstall Forge and Apperley Bridge, while Sheffield is bidding for new Supertram vehicles to improve service frequencies. 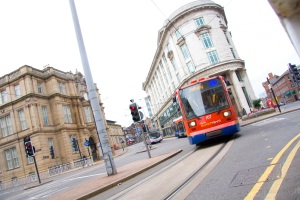 These public transport schemes all show ‘high’ or ‘very high’ value for money, and the services provided will be available for everyone in these towns and cities to enjoy, not just people in cars. Public transport also has a much lower environmental impact – in both landscape and carbon terms – than roads through green fields that will only encourage sprawl and worsen car-dependency.

It’s no accident that the most ambitious public transport projects in the pool are proposed by TfL or one of the PTEs. As our briefing also points out, investing or borrowing on the basis of future fare income is far less risky than the road-promoting councils’ reliance on payments from out-of-town housing and business parks that may never materialise. PTEs, with their track record of delivering public transport schemes and long-term strategies based on continued investment, are in a strong position to make realistic plans – not gamble an area’s future on a few miles of tarmac.

Up to 14 October, the DfT is asking the public to submit comments on schemes they support (or oppose) in the Development Pool, and these comments will influence on ministers’ decisions in December.

You can help by using our interactive map to take a few minutes find and comment on the schemes in your area. Visit: http://bit.ly/roadsmap.