Now that the dust has settled from the big reveal last week on the Comprehensive Spending Review, it’s becoming clearer what actually happened.

Jonathan Bray is Director at the Urban Transport Group 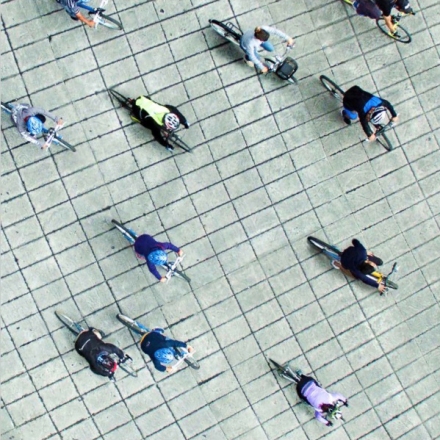 Over the last decade promoting active travel has moved from the fringes of urban transport policy to a much more central role in the planning of cities and their transport networks.

This is because the promotion of active travel, and the creation of places and streetscapes where people want to walk and cycle, is such a good fit with where cities that are going places want to be.

Those cities want to be healthier and happier places where the costs of treating diseases associated with inactive lifestyles and poor air quality are being tackled. Cities which are places where good growth happens because they are great places to spend time in and people positively want to visit, live, work and invest in them. Cities that want to make the most of available road space by prioritising the most space efficient ways of getting about.

The big shift in thinking in the value of investing in, and promoting, active travel is reflected in a new wave of influential city active travel commissioners, in the benevolent arms race between cities on spend per head on active travel and in the re-shaping of streets from cycle superhighways to healthy streets. It can also be seen in the greater number of cyclists and pedestrians where effective infrastructure and programmes are put in place.

Having said that there is a very long way to go before all Britain’s cities get close to catching up with where many counterpart Nordic, Dutch and German cities have been working towards for much longer. We have a long cycle path ahead of us and part of the role of the Urban Transport Group is to accelerate the take up of what works on active travel. Our new report – active travel: solutions for changing cities – is part of that process.

It shows how and why active travel schemes can work in any urban area – from gritty Northern cities to the heart of the City of London. And it also shows the potential to go further and faster on implementing more good schemes.

Read ‘Is it time to embrace our inner hipster?‘ here.