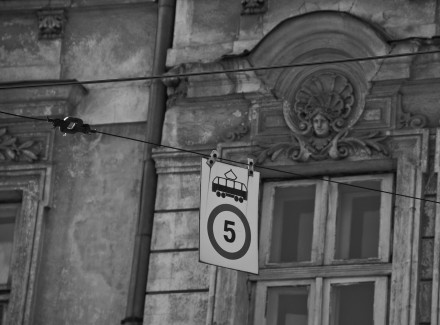 Leeds was one of many cities that pre-figured what Beeching was to do to the national rail network in the Sixties by trashing their own mass transit system in the fifties. After World War Two housing was a bigger priority for public investment than comprehensively overhauling run down tram systems. At that time the parties competed over houses building targets (two million council houses were built between 1945 and 1960). And with trams, unlike housing, there was an alternative – let people sort out their own transport by buying a car whilst at the same time keeping the town hall bean counters happy by giving free reign to the bus side of the municipal public transport operation. Trams were also seen as part of the mean and sooty clutter left over from the last century. Tatty Victoriana that had no place in a Britain that yearned, in a way that was never resolved, for urban forms that reflected both the clean lines and bountifulness of Scandinavian social democracy and of American consumer capitalism. The post-war boom also exacerbated the twentieth century British trait for favouring idealised suburbs over the necessary evil of the city. And there is nothing that says city more than a tram. In short, the tram’s face did not fit in Britain in the Fifties and all were gone, bar Blackpool, before the Sixties had even got properly started. The scale of the mistake in cities like Leeds is a wound that still hasn’t healed. The Leeds tram system had as strong a case for retention as any – some of its routes had dedicated sections on central reservations, experimentation was taking place with more modern vehicles, there were plans for tunnelled city centre sections. Tram travel was cheap (the fares didn’t change between 1894 and 1944), frequent (every four minutes) and in 1950 the Leeds trams and buses carried a record number of passengers (252 million). But this was also a time when one of the city’s local newspapers was running an energetic campaign to get rid of them, blaming them for holding up the traffic, with headlines such as ‘Trams are museum pieces with no economic future.’ They were pushing at an open door. ‘Tha sees yon trams lad? We’re getting shot o’the buggars’ the Alderman in charge of transport told the young news reporter Keith Waterhouse. And he did. Alan Bennett later wrote: ‘Trams were bare and bony, transport reduced to its basic elements, and they had a song to sing, which buses never did. I was away at university when they started to phase them out…I knew at the time it was a mistake, just as Beeching was a mistake, and that life was starting to get nastier.’

I am not old enough to have experienced the British pre-modern tram systems but in some European cities you can get some idea of the kind of cheap as chips, dilapidated tram systems that operated 70 years ago here. Tram systems where you can feel the forces at work in moving metal and people along steel rails down a street. Can experience doubt about whether the violence of the physics involved might not allow it to happen this time. Each journey seeming like a final one accompanied by death rattle shuddering. Yet somehow gravity and electricity forces forward motion and adherence to the reluctant, bowed, flattened, sheared track. Bouncing vertically and laterally like a ship leaving harbour. Rooms near and far reverberate as it passes. From dusty turning circles where suburb and industrial quarter uneasily meet to turning circles at park gates and art nouveau university villas. Scruffy and elemental. Weary and patient. Restless but permanent. Indifferent to individual frailties and sorrows but a vessel for them all. The visual and aural punctuation marks of the street. Their shacky cabs are personalised with family photos and iconography. Imperious drivers behind scratched glass, curtains: they accept the offerings of fares wordlessly like a confessional. They observe the city – the markets, graveyards, the old town tourists. They forgive everything and nothing that happens in the city. Cars and taxis may win temporary victories in traffic but the tram always wins in the end. The T34 tank of the traffic jam.

When you are in a city with a tram it feels hard to take a city too seriously which doesn’t have one. They feel too insubstantial. The tram is a delicate skeletal system of a city. Sure a city can survive without it – but if you remove that fine silver bone structure it becomes less robust, more gelatinous. More subject to other fashionable mistakes. There is no living witness to what the city was. No nagging reminder of the urban ideal – something fluid and always noisily in motion.

The revival of the tram since the early 1990s in England has come about through the persistence of transport authorities in riding out the wild mood swings (usually related to wider fiscal upturns and downturns) in Westminster and Whitehall about light rail. Mood swings that oscillate between ‘absolutely no way’ and ‘if you really must’ and the occasional outbreak of real politick or devolutionary enthusiasm. The highly centralised system of tax and spend in England makes second guessing local decisions about transit systems irresistible to officials who have free reign to treat the country they live in like the last part of the Raj. But as the decades have passed bloody minded persistence by transport authorities has meant that that when the cyclical thinking in Whitehall is at the right point they have been able seize the moment to ratchet up and expand their tram networks until more have evolved from single lines to proper European-style networks – without which the cities they serve would no longer be imaginable. And then came COVID.

Much of my working life during the pandemic has been spent working with our members as we negotiate with Government to fill the funding gap caused by lost patronage due to the pandemic. It’s been hard yards and at the time of writing negotiations are ongoing about funding for the period after July 19th. Whatever the result of these immediate financial wranglings COVID could trigger another mood swing in Whitehall about trams. A swing back to them being seen as a series of one off provincial excesses which central Government must be wary of indulging. There’s therefore the need to take stock again of how the case for the tram is best made. And how the next phase of the long game is played. Here’s some propositions. Firstly, light rail currently lacks a champion within the DfT and as such risks losing out especially given the rigid modal caste system where heavy rail is the Brahmin mode and when bus has more universal coverage and is benefiting from the attention given to it by the national bus strategy. Where the role of advocacy for the mode sits outside of DfT could also benefit from more clarity. Secondly, there’s a need to make the case from the ground up for the benefits that trams bring to people and places – and do this in a way which sets out the practical benefits. Which is why we have recently commissioned a new version of the comprehensive summary we undertook in 2005 of what trams can do for cities. Thirdly, the sector should continue to seek to be outward facing with a focus on the wider transformative role it can have for the places it serves. Be about what it does rather than what it is. This is something French systems often do particularly well with both vehicles and the related changes to the urban realm designed to maximise the impact of the investment from day one. The quality is the point. But back to Alan Bennett who in 1991 also said: ‘If trams ever come back though, they should not come back as curiosities nor, God help up, as part of the heritage, but as a cheap and sensible way of getting from Point A to Point B, and with a bit of poetry thrown in.’ Will have to park the poetry for now and get back to making the hard nosed case…but he was right you know.

A PDF version of this article is available to download from this link.