With the economy looking somewhat fragile, there has been a renewed focus from Government on growth and jobs and on the role that both cities and infrastructure can play in promoting these.

As far as cities are concerned, Government has recognised that cities outside London are the powerhouses for wider regional economies. Enterprise zones, city mayors and a series of ‘devolution deals’ (brokered by the Cabinet Office between government departments and the cities) are among the government’s key mechanisms. City devolution fits in with a wider Government push for more devolution generally – already the Department for Transport (DfT) is consulting on devolving major capital scheme funding. The next big milestones include decisions on Bus Service Operators Grant (BSOG) devolution and on what role the Passenger Transport Executives (PTEs) will play on local rail services.

At the same time, the Autumn Statement saw funding projections for transport infrastructure revised upwards, and there’s been the go-ahead for HS2.

So, lots happening, but some big challenges too.

New funding mechanisms are a start, but a differentiated approach is also needed

The first of these challenges is around money. Although new funding mechanisms are being lined up for the cities (such as Tax Increment Financing) the background reductions in funding for transport in urban areas (driven by the Comprehensive Spending Review and a particularly tough local government settlement) look set to grind on for a few years yet. This in turn is affected by two other trends.

Firstly, although the cities are seen as the place to start for devolution and economic growth in the Government’s cities initiative, there are other impulses within Government that are in effect redistributing funding from the major regional cities to rural areas and/or to London. Secondly, the strong focus on cities is not as yet fully reflected in the policies of other Government departments. So, for example, in many policy areas the DfT will have a policy for London, and then a one-size fits all policy for the rest of England. So if a policy works for Leeds but not for Rutland then it doesn’t work for the DfT until it also works for Rutland. The concept of differentiating policy for the England which is not on the tube map is a struggle.

Governance arrangements in our city regions are becoming increasingly complex

The second big challenge is around governance – particularly in the city regions, where an increasingly complex landscape on governance is now unfolding. On transport, some Metropolitan areas could have Districts councils, a PTE, an Integrated Transport Authority, one or more Mayors, one or more Local Enterprise Partnerships and one or more ‘Transport Bodies’ (the latter being new bodies that will determine the allocation of devolved major local scheme funding). Layered onto that later will be city region-scale Police Commissioners (some of whom could be reporting to one or more Mayors – could be interesting!) and the new bodies to emerge from wherever the new health legislation ends up. On the one hand this all looks like a lot of meetings and the potential for slow progress. On the other hand it may be that the injection of these new entities (particularly Mayors) will have an energising effect on urban politics and – if real money is being attached to devolution – these complex arrangements will be made to work one way or another. We will find out in the next couple of years.

Will we see real devolution - or a halfway house?

A further challenge will be to what extent devolution will be real devolution or whether it will be ‘halfway house’ devolution. The attractions of the latter to the civil service is that halfway house, or partial, devolution of key funding flows or powers is seen as a test of whether sub-national government is both ‘up to it’ and ‘up for it’. The downside of halfway house devolution is that it often requires some very complex arrangements which require considerable input from both sides (national and sub-national government) coupled with uncertain outcomes as well as rewards for sub-national government that don’t match the risks and effort involved. Hence they don’t get used and hence the civil service can say we tried and predictably they were neither up for it or up to it. The coming year will be when we find out where the balance is on devolution and on transport devolution in particular. 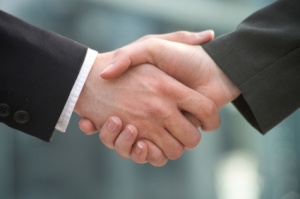 However, looking above and beyond the detail of what will unfold in the next couple of years, there’s some big areas of consensus emerging, which are that Westminster thinks:

All of which provides a certain momentum for resolving the details on how these imperatives can be translated into a way that works on the ground.