In its recent report, the Competition Commission concludes that local bus markets aren’t quite as competitive as was once envisaged by the architects of deregulation. This is no bad thing in itself – I expect few of us would advocate a return to the bus wars of the 1980s. The problem is that without the discipline of a competitive market larger operators are able to take home a little too much profit, largely at the expense of passengers and, often, smaller operators. So how could we introduce greater competitive pressures in the market without more wasteful competition? The Commission offers franchising as a potential solution. Indeed, this approach is now the norm across the developed world and the evidence shows it can be a powerful tool in delivering both cost savings and patronage growth. But how might franchising change local bus markets? This article tries to draw some lessons from the experience in London, the Netherlands and Scandinavia.

One of the most interesting examples of bus franchising is in London, where TfL is fully responsible for designing the network and tenders out around a fifth of all routes every year, with several bidding rounds each year. This steady flow of contracts has helped keep the market alive and avoids peaks of activity. TfL also takes revenue risk, thereby removing the biggest advantage held by the incumbent at re-tendering, a common problem in recently de-registered services elsewhere in the country. There are now seven medium-sized operators and two smaller ones, with an average of three bids per tender. With controls at the tendering stage to prevent any single operator from dominating this is likely to remain fairly stable in years to come. Another key feature in London is the use of quality incentives since 2000, which has reversed the decline in reliability and service quality observed in the 1990s. 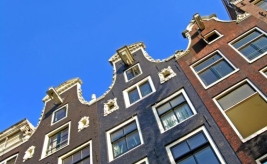 Lessons from the Netherlands

Outside the UK, the Netherlands provide a contrasting model to London with large area-based contracts as the norm. The province of Limburg is at one extreme, having awarded a long term multi-modal net cost contract to Veolia in 2006 covering both rail, bus and taxi. Despite some teething problem as a result of deviations from cost and patronage forecasts, this integrated network approach has delivered both huge cost savings and substantial growth in demand. Few other franchising authorities have been quite as bold though, most of which preferring to adopt gross cost contracts subject to minimum service levels and quality incentives. However, some degree of negotiation over network design issues appears to be commonplace at the tendering stage. Overall, the Dutch approach has been effective in the difficult task of moving some large public monopolies into private ownership.

A slightly less conventional model has been developed in Norway, where reasonably efficient incumbents in some parts of the country are allowed to maintain their monopoly position but with all public subsidy awarded through highly incentivised contracts. These are typically a combination of unit payments per bus-km, per passenger and per passenger-km, varying based on local priorities (for example, with more emphasis on bus-kms in rural areas and passengers in urban areas). The objective is to ensure operators’ decisions are well aligned with public sector objectives. Underperforming operators can be replaced through competitive tendering by default, a more credible threat than Quality Contracts at present. In a way, this model is not dissimilar to Statutory Quality Partnerships with the key difference that UK transport authorities directly control little more than 10% of industry revenues, compared to over 50% in Scandinavia. Changes in subsidy flows could certainly make this a more viable model.

What does this mean for the UK?

In general, international experience suggests that there is more than one way to improve the functioning of local transport markets, with all-out deregulation possibly one of the worst models around  both for passengers (as demonstrated by the contrasting faith of London and the metropolitan areas over the past 25 years) and for smaller operators. The precise model that each UK local market ends up with in the future will depend not only on the Competition Commission but, crucially, on the current market structure, LTAs’ funding and attitude to risk. It is conceivable that some areas could end up with a Limburg-style model while others will prefer to develop something closer to current partnership arrangements. On the whole, these are very exciting times which offer the potential to deliver a more sustainable market structure, increasingly attractive bus services but, above all, long term passenger growth.

This article was first published in Coach and Bus Week.