A report recently published by the Department for Transport  robustly demonstrates what we have long known but many in the bus industry regularly attempt to discredit – the deregulated bus market has effectively become a set of local monopolies which large operators are able to exploit to their advantage. This is nowhere more true than in PTE areas where large operators are making profits, on average, double of those that would be expected in a truly competitive environment.

But let’s focus on the fundamental question of what drives successful local bus markets. Some have argued that it is lack of profitability rather than lack of regulation, that is holding back the development of a more competitive and efficient bus sector. They contend that operators’ strong desire for growth would tempt them away from reaping excess profits even in what have effectively become monopolies of local bus markets. This is at the core of the recent TAS submission to the Competition Commission, which suggests that it is the inherently low level of profitability in the industry, rather than incumbents’ market power, which has led to limited competition.

pteg is sceptical about this argument – which is in danger of becoming received wisdom in some quarters. Instead we would argue that bus operations in the PTE areas have maintained relatively high profit margins, largely at the expense of patronage growth, whilst being supported by significant levels of public sector funding. We would further contend that far from being the distraction that some claim it is, improved regulation could lead to some of that profit being better channelled towards improving the quality and coverage of bus networks.

Healthy levels of profitability in the industry were clearly demonstrated in research carried out by NERA in 2006 which showed average profitability amongst the five largest groups to be above the national average for non-financial businesses, and higher still within PTE areas. Bearing in mind the relatively low proportion of actual capital expenditure and the growing volume of public sector funding (more than 40%), the return on capital from deregulated bus operations has been and continues to look highly attractive to investors. This conclusion is strongly supported by the recent L.E.K. report to the DfT, which shows that PTE bus subsidiaries of large groups are earning profits well above those expected from a competitive market.

Indeed, this view seems to be reflected in the stock market performance of the largest UK operators. The graph below shows the price to earnings ratio (P/E) of the five quoted groups over the past 5 years, using the BT Group and Barclays as benchmarks. All four groups which have UK bus as their core business have been well regarded by investors even through the recession. Interestingly, the greatest drop in investor confidence was linked to National Express’s forfeit of its East Coast rail franchise rather than any event taking place in the bus market. And despite the recession, a recent analysis by UBS  (UBS Investment Research – UK Bus and Rail, 14 April 2010) was remarkably upbeat about the profitability prospects for deregulated bus operations, upgrading its recommendation to ‘buy’ for two of the five groups.

As the table shows, deregulated bus operations appear to be the workhorse of the large groups, having generally delivered year on year revenue growth (and profit) for most of the past 10 years. Interestingly, analysis by NERA and TAS shows profitability to be highest within PTE areas which should naturally make this market highly attractive to both new entrants and investors. If we then acknowledge that incumbent operators are making respectable profits on what are fairly large and heterogeneous networks, this suggests there are likely to be core sections of their networks where much higher profit levels are being achieved. The small number of significant new entrants in PTE areas along with the rapid decline of smaller groups and management or employee-owned operators constitutes a clear sign of the degree of market power held by incumbents. Curiously, a number of significant new entrants have emerged not in the deregulated PTE areas, but rather in the more tightly regulated London bus market (for example, Abellio and Comfort Delgro)

To understand how this works it is important to acknowledge that there is inherently some degree of cross-subsidy within commercial networks as incumbents avoid leaving gaps for new entrants whereas only small savings will result from cutting marginal services (such as early morning services). But when profit targets are hit by falling demand a low risk strategy is to de-register such marginal services since the danger of entry is small and the incumbent will often be best placed to win back the service if tendered . There are also examples where the incumbent started operating commercially again following the loss of a tender. It is no surprise that tenders for such services typically receive a small number of bids. Another obvious strategy is to increase fares so as to extract maximum revenue from lower elasticity passengers on profitable routes . The recent growth in the free travel market, which now typically represent over one quarter of PTE bus demand, has made this strategy increasingly attractive for operators. This is because a growing proportion of passengers (in some cases the majority) are insensitive to the adult cash fare.

The argument that bus regulation is a distraction from more central issues of bus profitability levels is also false. There is clearly potential for increased regulation (such as through the introduction of Quality Contracts) to grow the bus market. For one, it could help remove some of the existing barriers to entry therefore unlocking the full benefits from effective and healthy competition. But more critically perhaps it would allow passengers to reap a greater proportion of the benefits currently flowing directly to operators (and their shareholders) by using profits from commercial routes to support a fully comprehensive and high quality public transport network. Also important is that it would do this in a context of greater network stability and with the explicit objective of achieving long term patronage growth while maintaining affordability. Greater regulation would also remove barriers to the roll-out of smartcard ticketing, enabling significant operational and time savings and greater value integrated tickets, all key to sustained passenger growth.

So, the argument that inadequate profitability in the bus sector is the main obstacle to better bus markets is not supported by the evidence – particularly in PTE areas. The evidence that operators are motivated primarily by passenger growth is also weak. Even in relatively closed markets operators are achieving good rates of return in declining markets through fares increases, service reductions and effective utilisation of public subsidy. Far from being a distraction better regulation offers the prospect of reasonable returns for operators as well as creating a more competitive market for the provision of bus services with better outcomes for passengers and taxpayers. 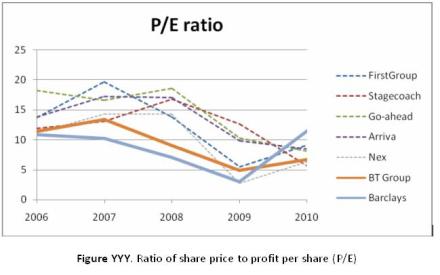 A version of this article originally appeared in Transit magazine.